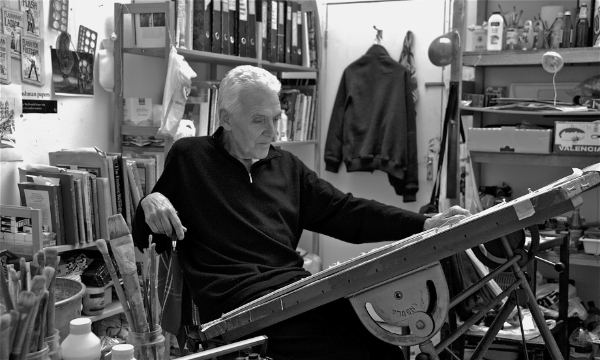 Gino D’Achille, who has died aged 81, was a talented illustrator whose work spanned a period from Italian film posters of the late 1950s to the covers of George MacDonald Fraser’s Flashman novels, which are still in print.

He was born in Rome on November 30 1935, the son of a plumber. As a child in Mussolini’s Italy he showed precocious talent and at the age of 11 had his first public success when he was invited to present a portrait he had made of Pope Pius XII to the Holy Father himself. Aged 13 he was selected for special training in art at Rome’s Liceo Artistico, progressing, aged 19, to the University of Architecture where he worked at night on film posters for the Studio Favalli.

D’Achille started work as an illustrator in Milan, but in 1964 a commission to illustrate David Kossoff’s Bible Stories for the publishers Collins took him to London. He fell in love with the city and his film-star looks did him no harm in fashionable sixties circles. He visited the British capital frequently, often making the journey in an original Fiat Cinquecento. Soon he moved to live there, joining the agency Artists Partners and becoming part of a group of fresh and original illustrators whose work provided a distinctive visual background to London in the sixties. 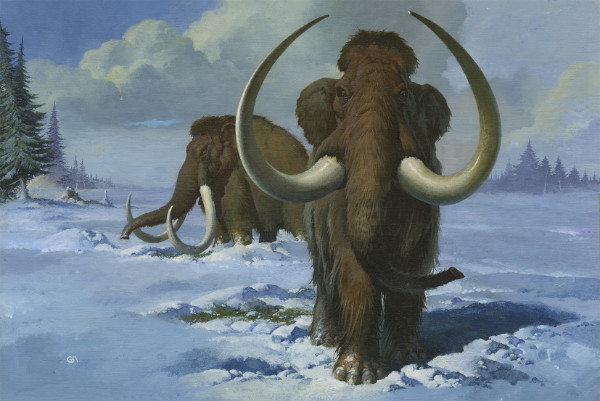 D’Achille’s work combined highly polished execution with dramatic, inventive composition which made any subject fresh and memorable, from a herd of grazing mammoths to the Great Fire of London. His natural talent, combined with his specialist training, enabled him to produce work better and faster than his rivals, and his images always contained a promise of excitement that made the viewer want to read the book or see the film. Once he was living in London the flow of commissions never faltered. 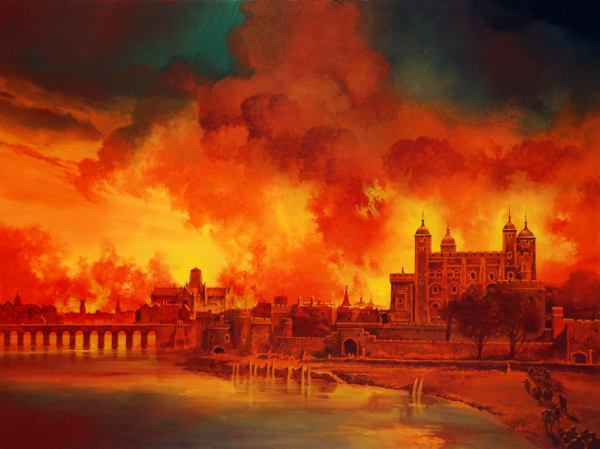 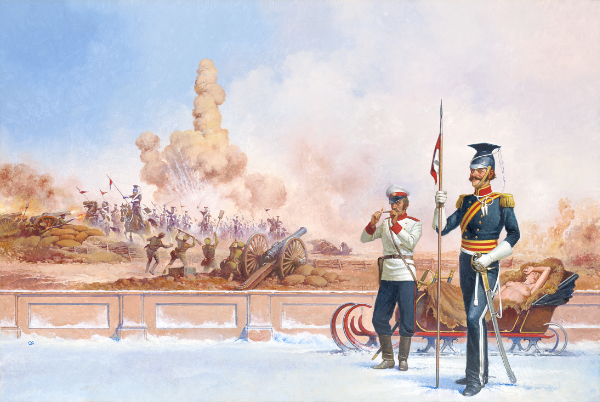 In later life D’Achille bore the burdens of Parkinson’s disease as well as diabetes with unfailing fortitude and patience, never losing his gentle charm or mischievious humour, nor his dedication to drawing. At dinner parties he would often grab a pencil and produce lightening caricatures of guests on napkins or scraps of paper. He was skilled at defusing any unintended consequences of his accuracy. “I am so sorry, I have put 10 kilos on you!” he might say. Even when very ill in hospital he made sketches of his nurses.

Originals of his work are eagerly sought by collectors, and his daughter, Simona, is in the process of setting up a foundation in his name to maintain his legacy. An exhibition, “Smoking Guns”, featuring some of his work, opened at the Lever Gallery in east London in December.

D’Achille’s first marriage, to Noris Cappellini, was dissolved, and he subsequently married his long-term partner, the painter Mim Hain. They had studios together in London and in Corsica. She survives him with the son and daughter of his first marriage. 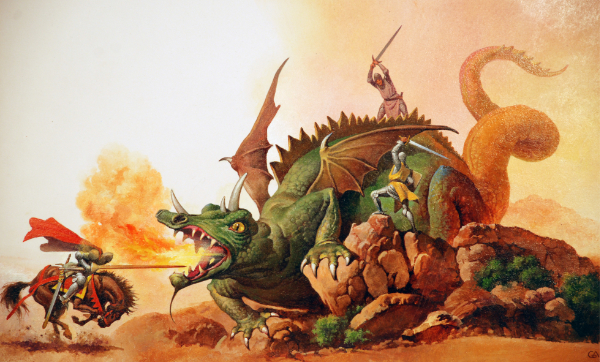